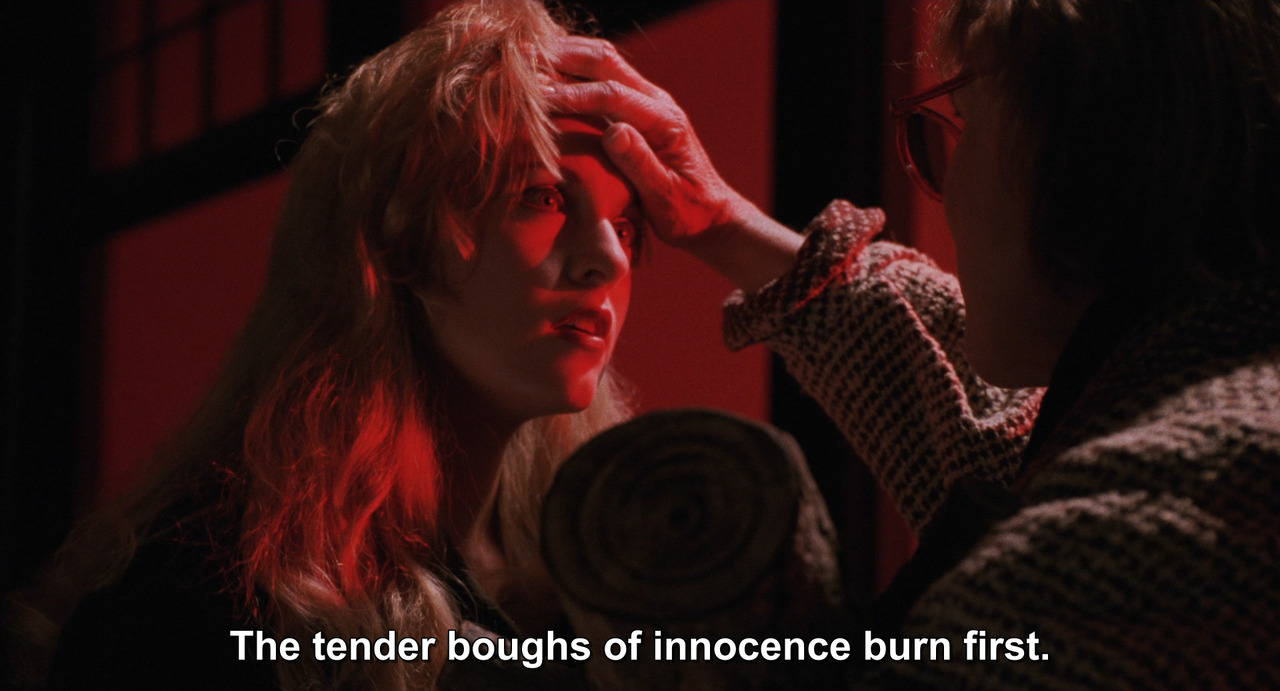 (Yet another little collection of tweets from awhile back, just so I can archive and mull over it again later.)

People who cleave to the belief that ‘immoral’ art/fiction can do mind-altering harm often use the same line of reasoning to conclude that consuming ‘moral’ art/fiction makes you a morally better or more empathetic person. It’s a seductively easy and romantic binary to agree with and one that is fundamentally wrong. There’s a lot of elements at play with buying into that idea; art & stories are so often peddled as ‘empathy machines’. Disgust and offense and generally feeling bad are easy to categorize as ‘immoral’ so I understand the inclination.

How the formers plays out: Engaging with a work because it features a character of marginalized identity or explores a subject that you have little experience in SEEMS valuable therefore engaging with it makes you a morally upstanding person. Valuable and moral become interchangeable.

For the latter: If the art or story makes you feel bad or you think has the potential to make others feel bad, triggers a bad memory, or grosses you out than the work is immoral and wrong. So easy to just categorize everything to the nearest associated moral feeling.

I think theres also an element of the arena where this is spoken about obviously, an element of performance to have these conversation or tirades against creators online, the momentary power it allows you to feel, the easy win of being ‘good’ in front of others.

If your reaction to art is painful (notice I’m not saying ‘if art causes you to be in pain’), that doesn’t mean it’s immoral nor does it mean the art lacks value. If your experience of the work lacks value, then thats your own unique experience with the work. The phrasing of “art causing you feel something” is suspect in contrast to “your reaction to the art”. I don’t like the implication of the former wording that art is an active participant in the exchange MAKING you feel something, giving the art both will and greater power than your perception

Consuming art by someone you later find out DID something immoral also doesn’t make you immoral retroactively either. There is a sense, based on the idea that art can harm or better you, that it has this mind-altering power! It doesn’t! As an artist, I know how disappointing that sounds.

Is art inert? No, but I think the power people ascribe to art is beyond rational proportion. There’s no single equation to divine all the possible variables of how our personal life experiences will react with a piece of art, what that reaction will dredge up in you.

Is art impossible to judge then? No, but I wish people would understand how personal and subjective their experience and subsequent judgments of the work are, how hypocritical and biased their responses can be. Let the truth of your own experience in, thats where the value is.

I really dislike this common model of how “the power of art” is described, making every piece of art an object of moral life or death. I also don’t like how it implies art has the power to brainwash people on the spot to adopt some new evil ideology that they wouldn’t otherwise. It romanticizes and dramatizes the “power of art” in an unhelpful and honestly condescending way. It’s patronizing to both creators and viewers. I’m not saying art and stories can’t have an influence on people but that the level of influence its VASTLY and grandiosely exaggerated.

We talk a lot about the harm art can do, give advice on how not to harm; thats great! But if you truly believe that art or fiction can morally corrupt someone, then can’t it also morally purify someone? And why are strategies to achieve that never talked about?

A: Thats not how art works. A story whose themes are anti-racist may just make a bigot more staunch in their beliefs. And vice versa! How often have we read a horrifically racist story & had our anti-racist ideals strengthened? Reactions to art are uncontrollable, unpredictable. I’m not saying to just write whatever with no regard for anything, but i would like discussions about art to factor in these uncontrollable and INFINITE elements like a reader’s identity, their disposition when reading, etc & let artists be people & not distributors of morality.

Not that you CAN’T write extremely moral fables or whatever, shoot for the stars. But I would love a shift away from making out artists to be ultra-powerful arbiters of morality and for readers to shift their values of art from ‘is this story morally correct’ to other values:

If you use a moral paradigm to assess art, fiction, their creators, you’re always going to be disappointed. If you’re an artist or author, if you think everything you make is a matter of moral/literal life or death, you’re going to make work weakened by fear of the unknown.

I’m not suggesting you should NEVER assess art within a moral paradigm. I am suggesting that its not the SOLE lens to evaluate & experience art through & that the value of art doesn’t need to hinge strictly on the morals or ideologies you do/dont perceive. I’m also not saying art can’t feature or espouse some immoral behavior or ideology, it can. I’m saying it’s not a surefire way to corrupt a viewers morality. There’s an inordinate level of power imparted to art as cultural agenda maker that I think is misplaced. 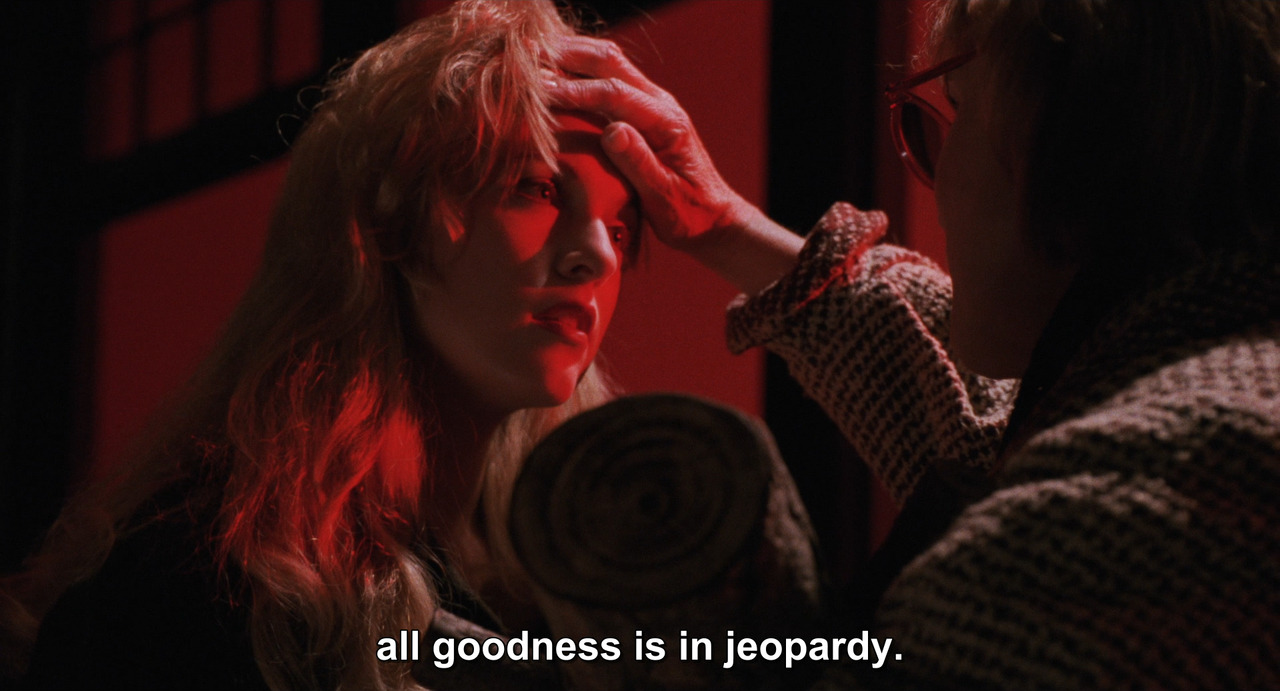 There are a few things underlying the current discourse around fiction/art/etc that are troubling 1) the overblown effect of art being able to morally harm us 2) the flawed metaphor of ‘ideas are like viruses’ 3) conflating sensitivity to disgust with sensitivity to immorality. ‘Ideas as viruses’ is also a pernicious & grandiloquent theory, especially on social media. But ideas DON’T work like viruses. You don’t instantly believe an idea on contact. It takes active engagement. Ideas also don’t have definitive forms. This metaphor has caused so much trouble lol

‘Ideas as viruses’ disincentivizes genuine engagement because of fear of contamination. We deplatform people to isolate their ideas, like they’re an infection about to breach an containment facility. It also leads into art harm theory, where just reading something is permanently corrupting on moral level.

And then comes disgust and moral judgements, which overlap intensely for many people but are by no means the same. Our culture disgust-primes certain things and not others and after having these stimuli inculcated in us, its difficult to untangle but we need badly need to. Disgust influences morality through the avoidance or deviation from social norms, ideologies, aesthetics. We have innate biological senses of disgust to protect us that work on almost a ‘gut’ level. Moral disgust shouldn’t be a gut thing but it usually is especially on social media.

All these incorrect, flawed or misused concepts that the general public tote as ‘absolutes’ are contributing to this distorted perspective on what art/fiction/etc has the power to do or not do, how one should feel or not feel, or how one should judge things. Its always more complicated than a few easy adages like ‘art can harm’ or ‘art has power’ and ‘ideas are like viruses’. Don’t fall into the trap of easy answers and simple analogies; accepting these concepts as absolutes are what WILL actually harm you as a person and others. I want people engaging with creative works to remember both they AND the creators come from innumerable contexts eg. biological, political, empirical, cultural, creative, aesthetics. considering all these facets takes times and isn’t something you can just ‘gut’ react to. 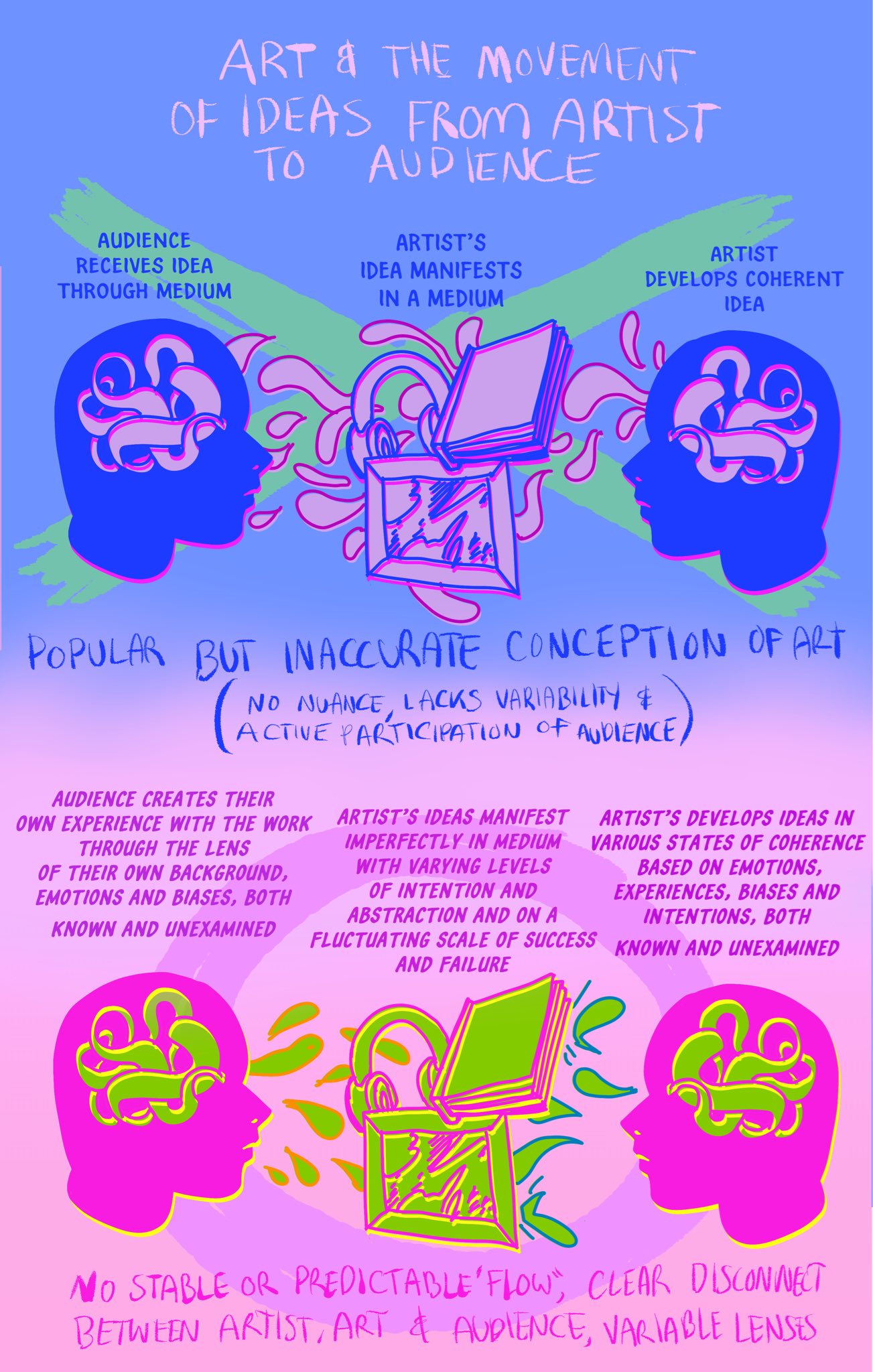